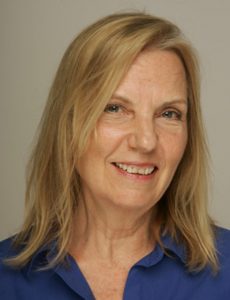 Susan Butler is a business journalist and publisher, former-practicing entertainment and technology attorney and published author. Through her Butler Business & Media LLC, she writes and publishes the weekly international news and analysis report Music Confidential and produces a few select private executive summits. Many CEOs and government officials call Susan “the most influential commentator” and “the most knowledgeable expert on music matters in our industry” and refer to Music Confidential as “the holy grail of music [business] resources,” which quickly became “the point of reference” for executives and government officials and advisors in 48 countries. After practicing law for 21 years, she began reporting and writing full-time, achieving a number of “firsts” for an entertainment industry business journalist including acquiring confidential financial information on multi-billion-dollar acquisitions and confidential antitrust decisions; securing exclusive in-person interviews with high-level government officials including U.S. Attorneys General, Chinese Chief of Ministry of Culture (Audio and Video), French government officials, White House officials and a European Commissioner; joining New York Police Department undercover detectives and MPAA and RIAA investigators on a bust of an illegal CD and DVD replication facility. During Susan’s legal career, she served as an elected member of the boards of The Recording Academy (the Grammy Award organisation) Los Angeles and New York Chapters, and her legal clients included individuals and companies in the music, film, TV and tech fields internationally. 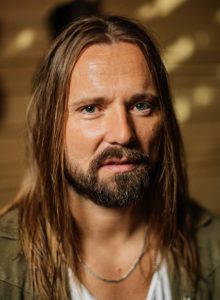 Max Martin keeps reaching even more extraordinary heights in his professional career in music. He is, incomparably, the most-heard songwriter in the world over the past 20 years, and his productions are keeping pace.

Never stopping, Max is quickly reaching the count for the most songs ever written (or co-written) to land at No. 1 on the Billboard Hot 100 chart at 24 songs, close to the top two writers of all time, John Lennon (26 songs) and Sir Paul McCartney (32 songs).

From his first No. 1 hit in 1998 as the songwriter of “…Baby One More Time” performed by Britney Spears, a song that topped the charts in every country where the record was released, to early 2020 when Max Martin, “the pop luminary, ups his totals to even more stratospheric levels” (Billboard) as The Weeknd’s “Blinding Lights” ascended to No. 1 on the Billboard Hot 100 chart, a song he co-produced and co-wrote, the number of his hits at the top of the charts around the world are practically countless. As a producer, he is also closing in on the count for the most No. 1 hits on that same chart as a producer (Sir George Martin).

Aside from the stats and all of the songwriter awards, Max Martin’s constant focus on further developing his song writing to renew the pop song as an art, his melodic creativity and originality, and the sounds that his touch creates are what attract recording artists to collaborate with him, including Taylor Swift, Katy Perry, P!nk, Maroon 5, The Weeknd, Ariana Grande, Adele and so many more.

Since his early days with a touring rock band to learning his art and craft as an apprentice then DJ-producer working at a top recording studio in Stockholm, Max keeps in touch with his roots. He continues to work “in the spirit” of his early mentor, Swedish DJ-producer-songwriter Denniz Pop, and collaborates not only with international “stars” but also talented young Swedes who often become global songwriters. 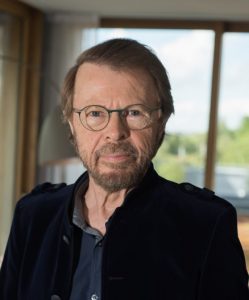 Björn was born in Gothenburg on 25 April 1945. When he was six years old the family moved to the small town of Västervik, and this is where Björn grew up. In the mid-1950s Björn fell in love with rock ’n’ roll and skiffle. By the early 1960s he was a member of a folk group called the West Bay Singers. In 1963 they entered a talent contest arranged by Swedish radio. This led to discovery by songwriter and publisher Stig Anderson and his partner, Bengt Bernhag. Stig and Bengt had recently started a record company called Polar Music. The band acquired a new name, the Hootenanny Singers, and quickly became one of Sweden’s most popular groups of the 1960s. In 1966, Björn had a chance meeting with Benny Andersson, himself a member of Sweden’s number one pop group, The Hep Stars. They hit it off and wrote their first song together, ‘Isn’t It Easy To Say’. Björn recorded a couple of solo singles in the late 1960s, at which point he also started concentrating more on his collaboration with Benny Andersson. In 1970 the pair started releasing records as a duo and also staged a cabaret show together with their fiancées, Agnetha Fältskog and Anni-Frid Lyngstad. On 6 July 1971, Björn and Agnetha got married.

From 1972 and a decade onwards Björn was occupied by his work with ABBA. In 1983 Björn and Benny started writing the musical Chess with lyricist Tim Rice. A concept album was released in the autumn of 1984, and in May 1986 the musical opened in London’s West End. In 1988 Chess received its Broadway première. A reworked version of the musical opened in Stockholm, Sweden, in 2002.
By 1990, Björn and Benny had decided to write a new musical. This time they wanted to write exclusively in Swedish, and they chose The Emigrants novel series by author Vilhelm Moberg as basis for their work. The musical Kristina från Duvemåla (Kristina from Duvemåla) opened in October 1995. The show ran for three and a half years at various theatres in the Swedish cities of Malmö, Gothenburg and Stockholm. Björn and Benny’s most recent musical is Hjälp sökes (Help Wanted), a collaboration with playwright Kristina Lugn and director Lars Rudolfsson. Björn writes many of the lyrics for the Benny Andersson Orchestra, and has involved himself in the stagings of MAMMA MIA!, as well as the 2008 movie version. Björn is one of the producers for MAMMA MIA! The Party, which opened in Stockholm in January 2016. 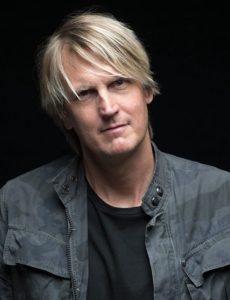 Niclas runs several organisations to innovate the music industry’s data and rights management with the music creators in focus. After 20 years of songwriting and producing for artists as Miley Cyrus, Lady Gaga, Mary J Blige and The Jonas Brothers, as well as running his own publishing company Redfly Music – the Swedish entrepreneur decided to be part of solving the value gap in the music industry.

Molinder’s vision is to create and set a standard for how music creators and their representatives internationally are identified with their roles in song so everyone can get credited and correctly compensated when their music is used.
He also founded Music Rights Awareness Foundation in 2016 together with Max Martin and Björn Ulvaeus – an apolitical foundation that works to increase knowledge of music rights worldwide, adjusted to the future industry. 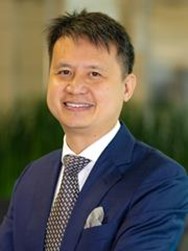 Daren Tang, a national of Singapore, began his six-year mandate as Director General of (WIPO) on October 1, 2020. Prior to his appointment as WIPO Director General, he served as Chief Executive of the Intellectual Property Office of Singapore (IPOS), driving the strategic transformation of IPOS in support of Singapore’s innovation-based economy.

Between 1997 and 2012, before joining IPOS, Daren Tang held different legal positions within the Attorney-General’s Chambers and the Ministry of Trade and Industry of Singapore. In 2016, he received the Public Administration Medal from the Prime Minister’s Office Singapore for outstanding efficiency and competence in the service of his country.

Daren Tang is a graduate of the National University of Singapore (Bachelor of Law, Honors) and the Georgetown University Law Center (Master of Laws, Distinction). He also attended the Advanced Management Program at Harvard Business School. He is fluent in English and Chinese. 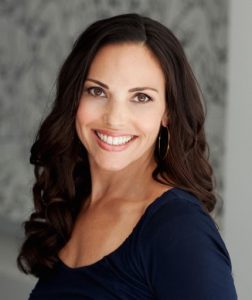 Lisa Selden is a digital media executive with deep publishing expertise and joined Spotify in July 2018. She is responsible for ensuring publishers get paid quickly and accurately. Lisa works with a combination of operations teams at publishers, multiple vendors / back offices and internal Spotify staff to ensure matching and copyright accuracy. Lisa also oversees the roadmap and development for Spotify publishing systems.

Lisa was Senior Vice President, Strategy, Operations and Business Development in the digital group at Viacom’s music brands (MTV, VH1 and CMT) for eleven years. She licensed music videos and other music rights for Viacom’s digital platforms. Lisa also launched a publishing business within Viacom. She created a high quality library of music from its TV shows that generated revenue by licensing to other TV programmers around the world.

Lisa’s first foray into digital music was in 2001 where she spent four years doing business development for the legal Napster. She executed a variety of partnerships with hardware manufacturers and retailers to get more subscribers to the digital music service.

Lisa has an MBA from the NYU Stern School of Business. 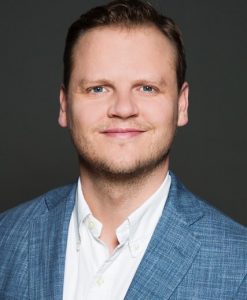 Steven is responsible for developing integrated operations across the hub.

In this role he oversees many of Copyright & Online Operations key functions, teams and processes which enable and deliver accurate & timely royalty distributions, both to our customers and onwards to the creators they represent.

Prior to joining ICE in 2016, Steven oversaw the operations for Online at GEMA, the German collecting society. 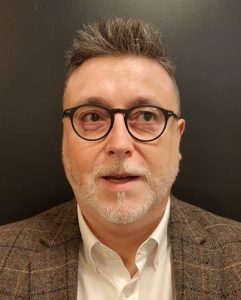 Alex has been in music publishing administration for over 30 years working at PolyGram, Universal, Music Sales and latterly at Sony Music Publishing, as well as a stint on the other side of the fence at the Royal Opera House Covent Garden and consulting for various companies. He is the co-chair of the Society Publisher Forum, which, with the support of CISAC and ICMP amongst others, brings together administrators and technical staff from collection societies and publisher to work on common standard, practises and processes; these include the CWR (Common Works Registration), CAF (Common Agreement Registration), CRD (Common Royalty Distribution) formats and the International Standard Cue Sheet (soon to be a format). He’s a keen advocate for working together to further the interest of writers by better servicing the publisher’s licensees and hence identifying income by matching works to usages. 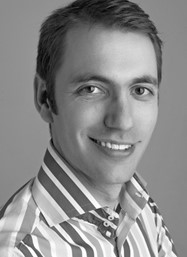 Mark was on the board of the ISAN UK registration agency between 2009 and 2016.